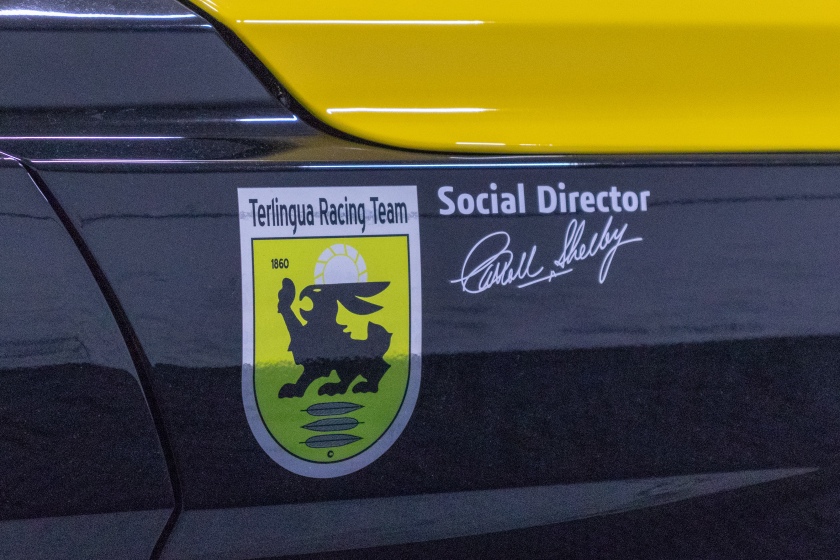 As the story goes, Carroll Shelby was more than a little pissed-off when Enzo Ferrari pulled strings to cancel the Monza race in 1964.  Shelby was quoted as saying, “We should have won the World Championship in 1964 until Old Man Ferrari canceled Monza. We were one point behind, and all six Daytona Coupes would have beaten the GTOs.”

After losing the 1964 championship to Ferrari, Shelby famously said, “Next year, Ferrari’s ass is mine.”  Later in life Shelby was quoted, “My proudest moments are beating Ferrari for the World Championship in 1965, and working with Ford to win Le Mans in 1966 and 1967.”

You can read the story how Carroll and his prankster/friends including Bill Neale created and promoted the Terlingua Racing Team here:  http://terlinguaracingteam.com/terlingua-racing-team-history/

Note: I snapped this photo of one of the genuine Terlingua Racing Team Mustang Shelby Super Snake race cars at the Shelby American factory in Las Vegas in 2018.